Looking Back at Over Our Head Players 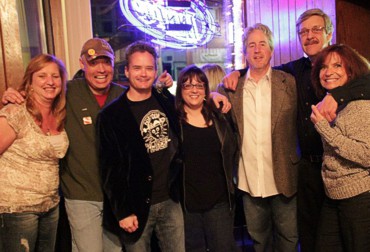 In the lore of Racine community theatre, the founding of Over Our Head Players is legendary.

A couple friends sitting around a bar decided to put on a show – the owner of the establishment offered his space, they rounded up a few more friends, and a show was born. Sort of a Judy Garland / Mickey Rooney movie set in a tavern rather than a barn.

Also part of the legend is how we got our name. As those same founding members narrowed down the options, they wrote down their favorites on slips of paper. "Over Our Head Players" was, quite literally, drawn from a hat! Of course, we couldn't have known then that the name would live on for decades. (That other favorite, "Theatre / Schmeatre," eventually got put to good use too.)

So, in early 1992, "Bathroom Humor" was produced at George's Tavern, giving birth to the Theatre-in-the-Bar movement in Racine. Funded out of their pockets, it wasn't intended to be the First Season. In fact, when it turned a small profit, the proceeds went to a steak dinner for all involved. The Founding Members from "Bathroom Humor" are still a core part of OOHPs, working every season and, some of them, on every show.

"Bathroom Humor" turned out to be a pretty good experience all around. Soon, we reunited for another show; Season Two featured "Murder at the Howard Johnson’s" and "Love of a Pig." By Season Three, we knew we were onto something even bigger than the bar tab, so we began the process of incorporating as a 501(c)3 non-profit, and Over Our Head Players, Inc., was officially born. And, like any good corporation, we gave ourselves a mission statement, which – after a bit of tweaking to reflect our growth - still governs us today. 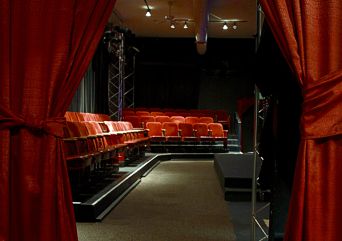 Season Seven of Theatre-in-the-Bar proved to be another turning point. This was the first season to include original material: a dramatic adaptation, "Real Remembrances of the War in Viet Nam," a fundraiser for local veterans, opened the season.

Now motivated to find a permanent home, one Sunday afternoon, as we pressed our noses against the window of the empty store front at 318 Sixth Street, we felt we had found it. Sept. 24, 1999, we opened both our Eighth Season and The Sixth Street Theatre.

This commitment to both original theatre and comedy started us thinking about how to combine them in – well, an original way. In 2004, we announced the "2005 Snowdance 10 Minute Play Festival" and solicited original scripts to be produced in January.

Part of the popularity of Snowdance is the between script "hyjinx" that cover the scene changes. Because these really short sketches are so much fun, we embarked on a production based entirely on original sketch comedy, and "Theatre / Schmeatre" was born.

Dabbling in Children's Theatre in 2007 planted the seed for more original adaptations, and in 2014, we added a bonus show to our season, "OOHPIE's Fables." This was followed the next year by "OOHPIE vs. The Big Bad Wolf" which returns by popular demand.

Our Silver Anniversary Season of Live Theatre in Downtown Racine! We are still a non-profit organization of volunteer theatrical talent and present a full season of plays at the Sixth Street Theatre. To volunteer please call the box office at 262-632-6802.